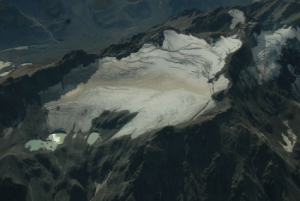 The primary purpose of the survey is to record how much snow covers the glaciers at the end of summer. This information may be used to indicate whether the previous year’s weather would lead to an increase or decrease in glacier size. These surveys have led to the greatest regional glacier photographic collection in the world. Reports have been prepared following many of the surveys, most of which are available below. Currently the programme is managed by NIWA.

It is anticipated that the photographic record will be digitised and made available to the public, with access via this website. Until that time, data inquiries may be made to Dr Adrew Lorrey (andrew.lorrey@niwa.co.nz), the project manager of NIWA’s “Climate Present and Past” research programme.

The reports from these surveys are as  follows: